Today’s job report came in better than anticipated, with 315,000 jobs created. We did have negative revisions of 107,000 to the prior two reports combined, and the unemployment rate rose to 3.7%. So what does this mean for the labor market and the larger economy?

The job market is still pushing along fine as the need for labor continues in America. Job openings in America are still over 11 million, and the jobless claims data has stabilized in recent weeks. Let’s take a look at the American labor market.

Below are the areas where the report says jobs were created, and the construction job growth data is encouraging to see. Even though the builders are going to stop producing new single-family homes that aren’t already under contracted, they need to have the labor to finish the homes that have been started on or under contract and not started on yet. Also, we must be mindful that multifamily construction has been good this year, with rental demand still solid. 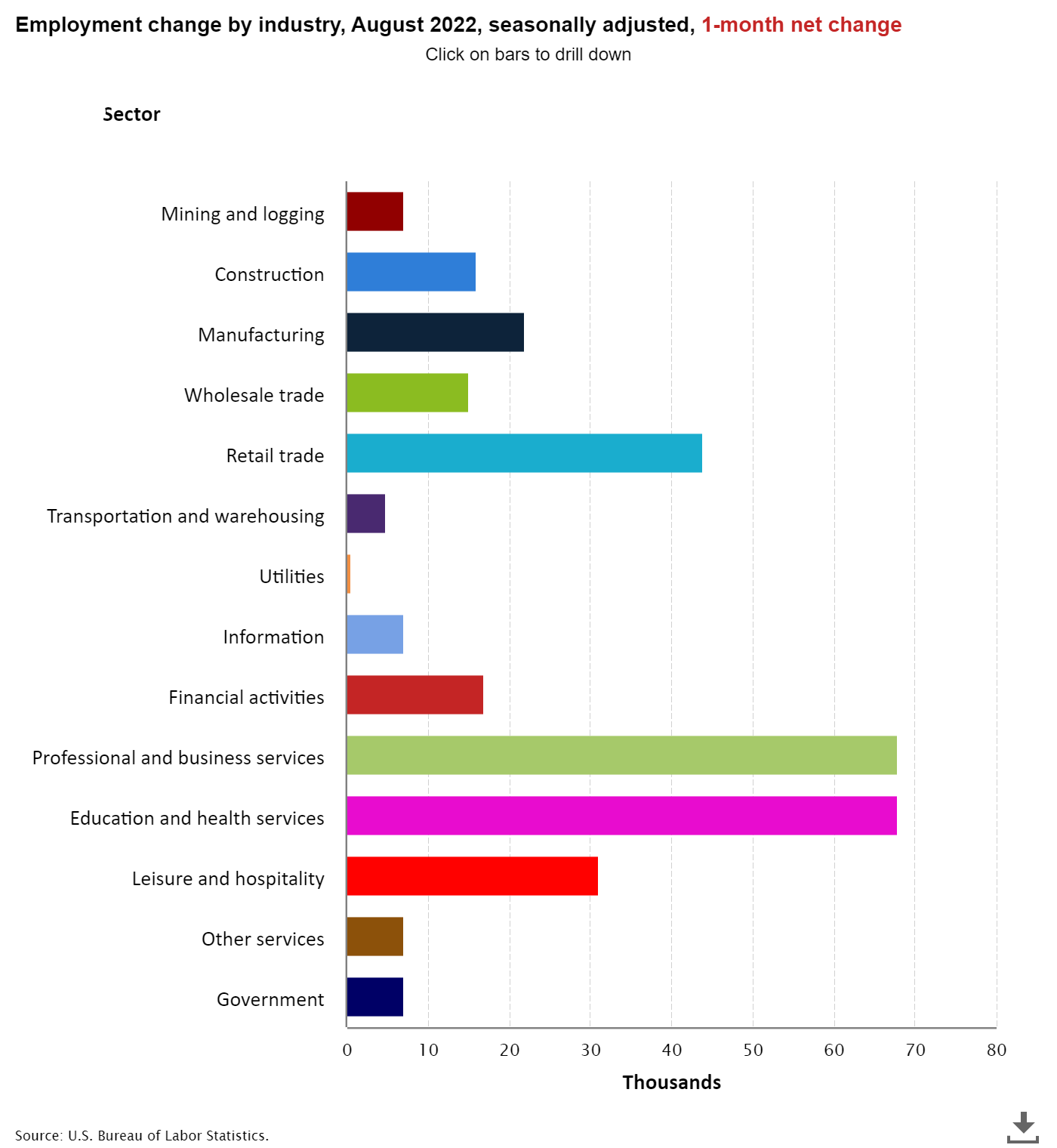 Here is a breakdown of the unemployment rate and educational attainment for those 25 years and older: 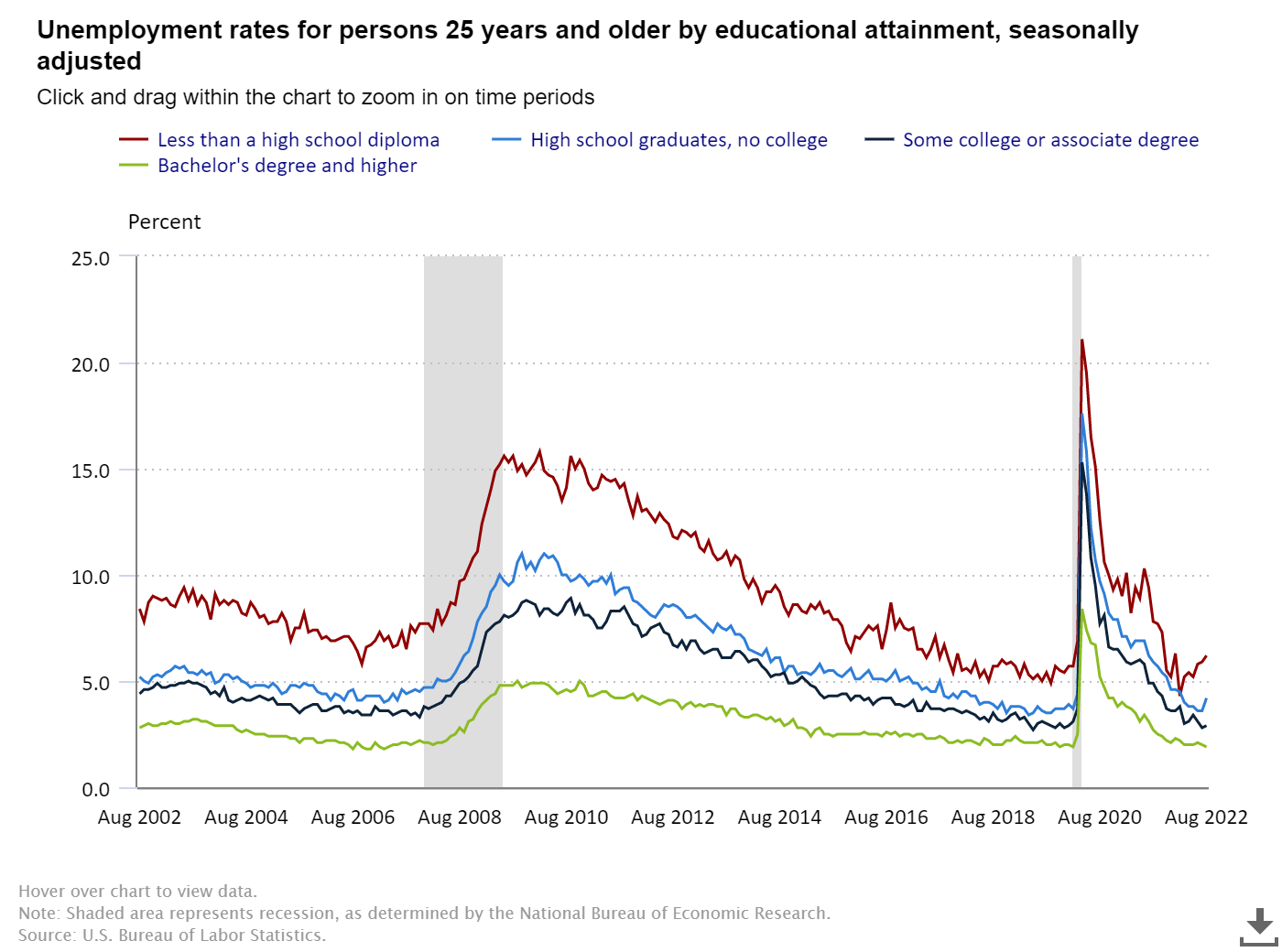 For the rest of this century, If productivity stays weak and our labor force growth slows even more, the need for labor will be transparent in parts of the country that lack younger people.

For me, it’s always simple: economics is demographics and productivity, and the rest is stamp collecting. Housing economics is demographics and affordability. But for jobs, we are short of labor in certain parts of the U.S. with an older population pool that is leaving the workforce. Those immigrants and robots that were supposed to take all the jobs haven’t panned out. Job openings are over 11.2 million and much higher than what we had at the end of the great financial recession, which was a tad over 2 million.

Health of the economy?

My sixth recession red flag model was fully raised on the same day as the last jobs report. My model is not designed to be late or raised when we are in a  recession: it is created as a progression model to show you the history of economic cycles and when and when not to worry about a recession.

For example, I never had the six recession red flags up in the previous economic expansion from 2010 until COVID-19 hit , which was the longest economic and job expansion in history. The economic data was getting better in late 2019, and in February of 2020, housing broke out.

However, the shock of COVID-9 was way too much to prevent a brief recession. I had to create a recovery model based on a pandemic; that was crazy and then some. However, the America is Back recovery model worked well in 2020, and I retired it on Dec. 9, 2020.

So now that all the recession red flags are raised, what am I looking for? The next stage is to see total consumption demand be hit so negatively that it sends job openings down and jobless claims higher. Then we can call this a U.S. job loss recession, following the pattern of recessions we have had post-World War II.

Why is housing in a recession but not the economy yet? Recessions are very simple to understand. These things tend to fall during a recession, and we are already seeing them fall in housing, just not in the economy.

Recently on CNBC, I said that I agree with others who say housing is in a recession. I have to — I raised my fifth recession red flag for housing in June of this year.

How does consumption get hit harder? Well, interest rates on credit cards, home equity lines, and mortgage rates are much higher than before 2022. With higher interest rates and higher inflation data, this is a test for the United States consumers, who haven’t been tested this century because the inflation growth rate had been low before 2021.

I will keep tracking more and more on consumption data and jobless claims data at this stage and will no longer be focusing on those six recession red flags. The last flag raised was that the leading economic index fell for the fifth month in a row. The first month was minor, I need to see four to six months of decline to raise it, which I did last month. 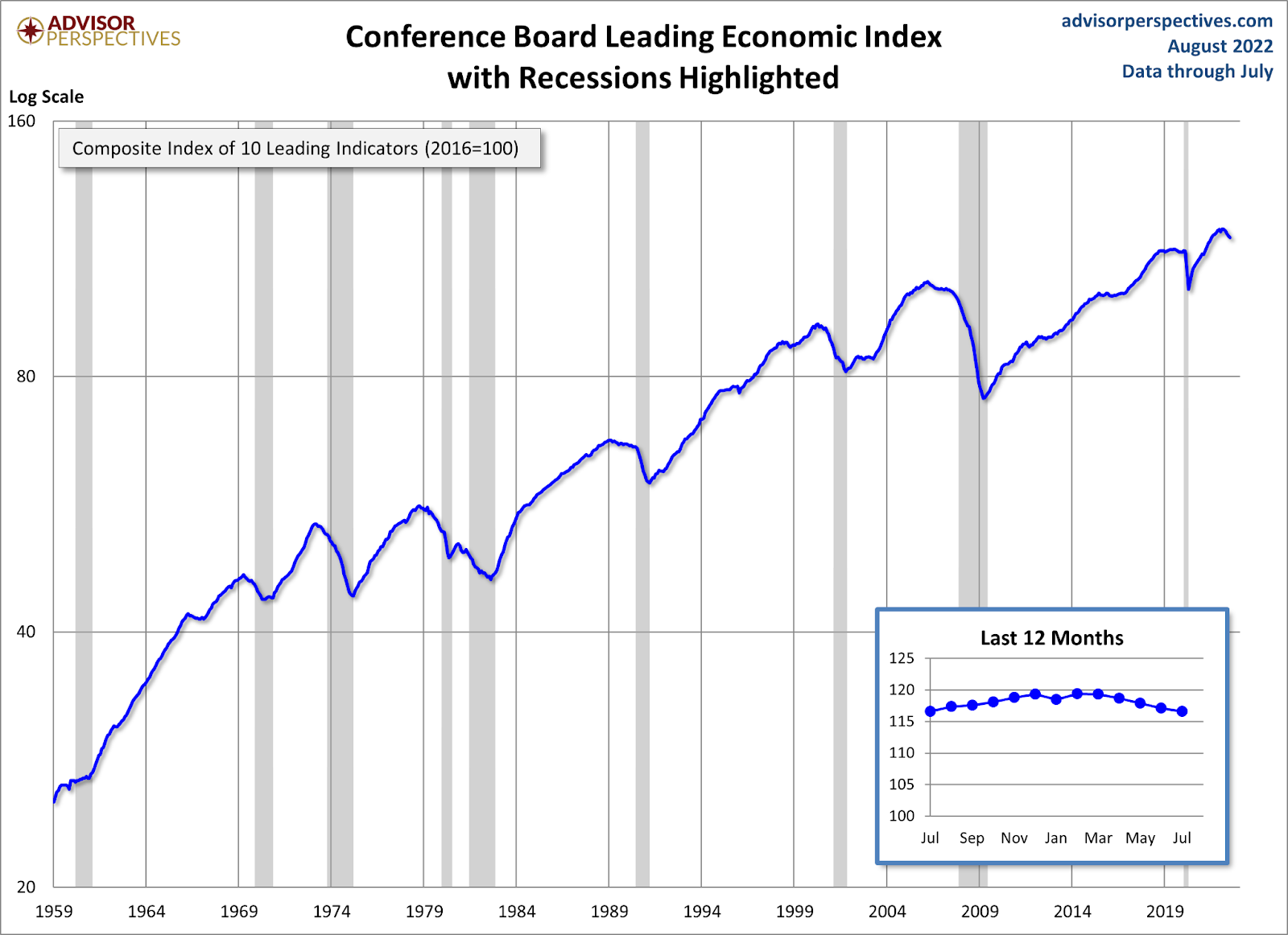 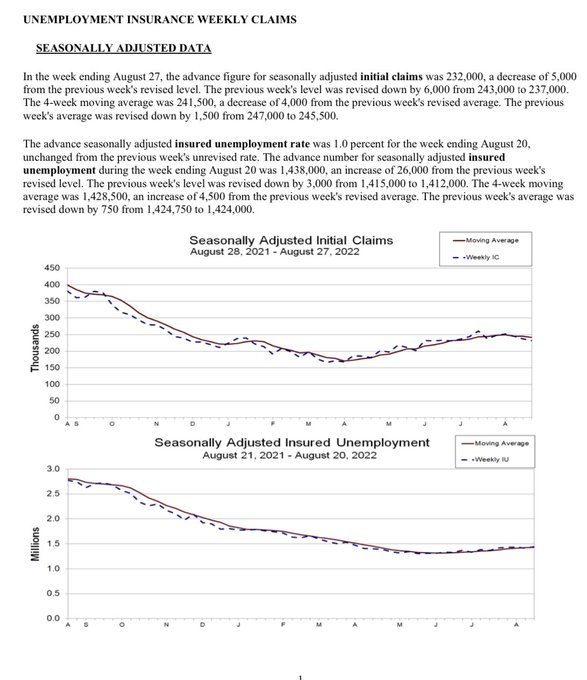 Traditionally this data line breaks hard to the upside when we are in an actual recession as companies are forced to fire people to ensure they’re in line with their business goals. We aren’t there yet, but now is the time to be mindful of it. The last time my six recession red flags were up was late in 2006, and the job loss recession didn’t happen until 2008, so we can have some time until the consumer breaks.

The Federal Reserve is using the labor market as cover for their aggressive rate hike language, which I still believe it’s mostly jawboning. Some are saying that they won’t even cut rates during a recession if inflation is high; remember, these people talk a lot to try to communicate to markets. I am telling you this because the Federal Reserve members were very upset that mortgage rates fell and stocks rose. So, they decided to have a united front when talking to the media that they’re serious about raising rates and keeping them higher until inflation falls.

One final note: How can we prevent a recession? History is not on our side once all six recession red flags are up. However, due to the crazy data that this COVID-19 recovery had given us with the wild bullwhip effect of data, I have come up with one plausible theory.

With that in mind, here are the two ways we can avoid this recession:

1. Rates fall to get the housing sector back in line.

2. Growth rate of inflation falls, and the Fed stops hiking rates and reverses course, as it did in 2018.

Can this happen? We have a backdrop that says it can. If the Russian Invasion finds a peaceful resolution and China doesn’t invade Taiwan, then some of the X variable factors are removed with supply distribution. For now, we take the data one day at a time because we want to be the detective, not the troll.