As you all may know, the real estate market in and around Austin has been on the rise and has been on the rise for years now. But what I want to do is take an actual event and show you the shift in the housing market from the time that news has been announced and said just last month, we’ll just dub this “The Tesla Effect”. During all the speculation of Tesla going to open a new gigafactory, Austin, Texas, was always in the running, but nothing was ever set in concrete until July 2020.

This is the month Tesla officially announced they are going to build their new gigafactory in the zip code of 78725 named Giga, Texas. So what we’re going to do here is take the homes that close in the month of July 2020 and compare them four months down the road to later November 2020.

We’ll start with Del Valle. This city is actually no stranger to the spotlight. It’s been the home of the circus of America since 2012. So you can see there’s been a slight jump within this time frame. But like I said, nothing too significant since the announcement of Tesla. Now let’s hop over the 78725 and jump right into Manor.

The city of Manor has also been showing signs of steady growth on its own in the last few years, especially in the neighborhood of Seattle Glen. The average home that sold in the city of Manor was $259,372. Last month, November 2020, the average home sold for $285,379. That’s a jump of $26,000. That’s significant. But when you put it in terms of someone barely qualifying for a home loan four months ago versus trying to qualify for an additional $26,000 more is when things get financially difficult to achieve. 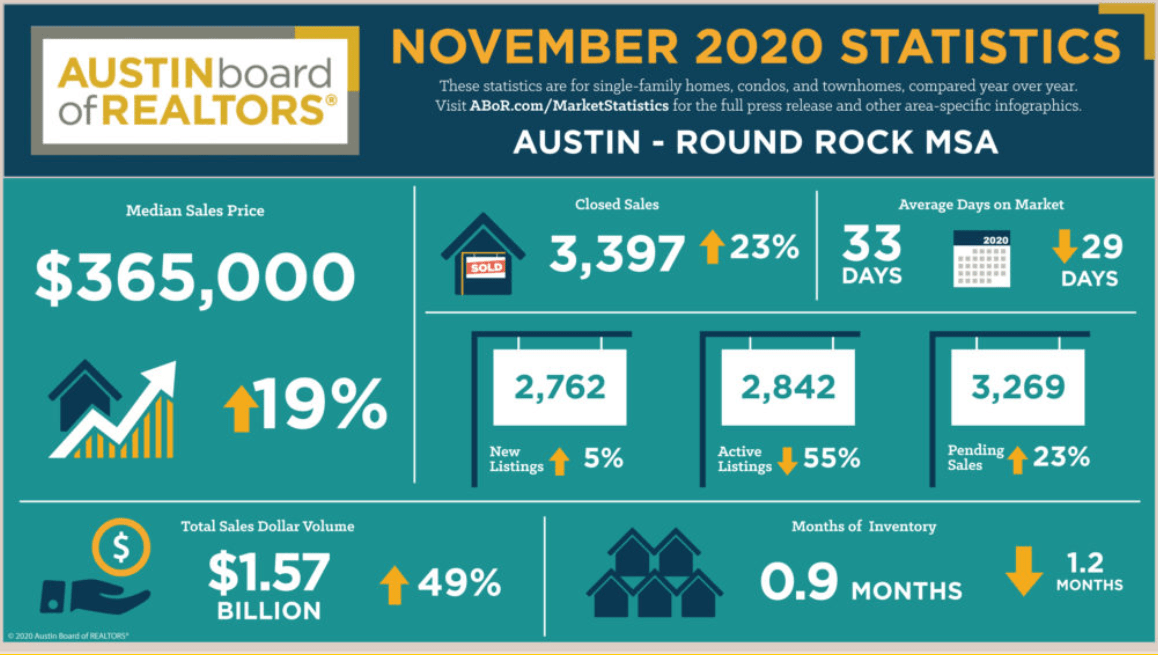 If you’re one of those ones who had a budget of $250,000, and look into the buying in zip code in Austin or in the Austin areas, this was your sweet spot. Here we are four months after Tesla’s announcement.

It’s time to go update your LinkedIn profile. Good news for you. Tesla is still hiring. These are just three examples of different zip codes in and around the area where Tesla is getting built. There are other areas in Austin and also its metropolitan area where you can see the same pattern. And keep in mind these zip codes that we’re talking about right now in this video of the lower end of the other zip codes in the surrounding areas.

This video is not to scare you or rush you to buy a home when you’re really not ready. It’s to educate you on how the different events in certain areas can shake up the market and particularly put you out of reach of becoming a homeowner in the area of your choosing. If you wait too long. If you have any questions about anything we discussed in this video, feel free to give me a call, text, email, or comment below. ‘Till next time guys. Thanks.